In 2021, when measures to control the COVID-19 pandemic remained in place across the EU, the unemployment rate of people aged 15-74 continued to vary widely across the EU’s NUTS 2 regions.

Compared with 2020, the highest increases in the unemployment rate were registered in the Romanian regions of North-East and South-West Oltenia (both +3.1 percentage points (pp)) and in the French region of Languedoc-Roussillon (+2.2 pp). By contrast, the highest decreases were in Western Greece (-5.8 pp), the Bulgarian region of North-West (-4.4 pp) and the Greek region of Epirus (-4.2 pp).

This information comes from regional data on the labour market in 2021 published by Eurostat. 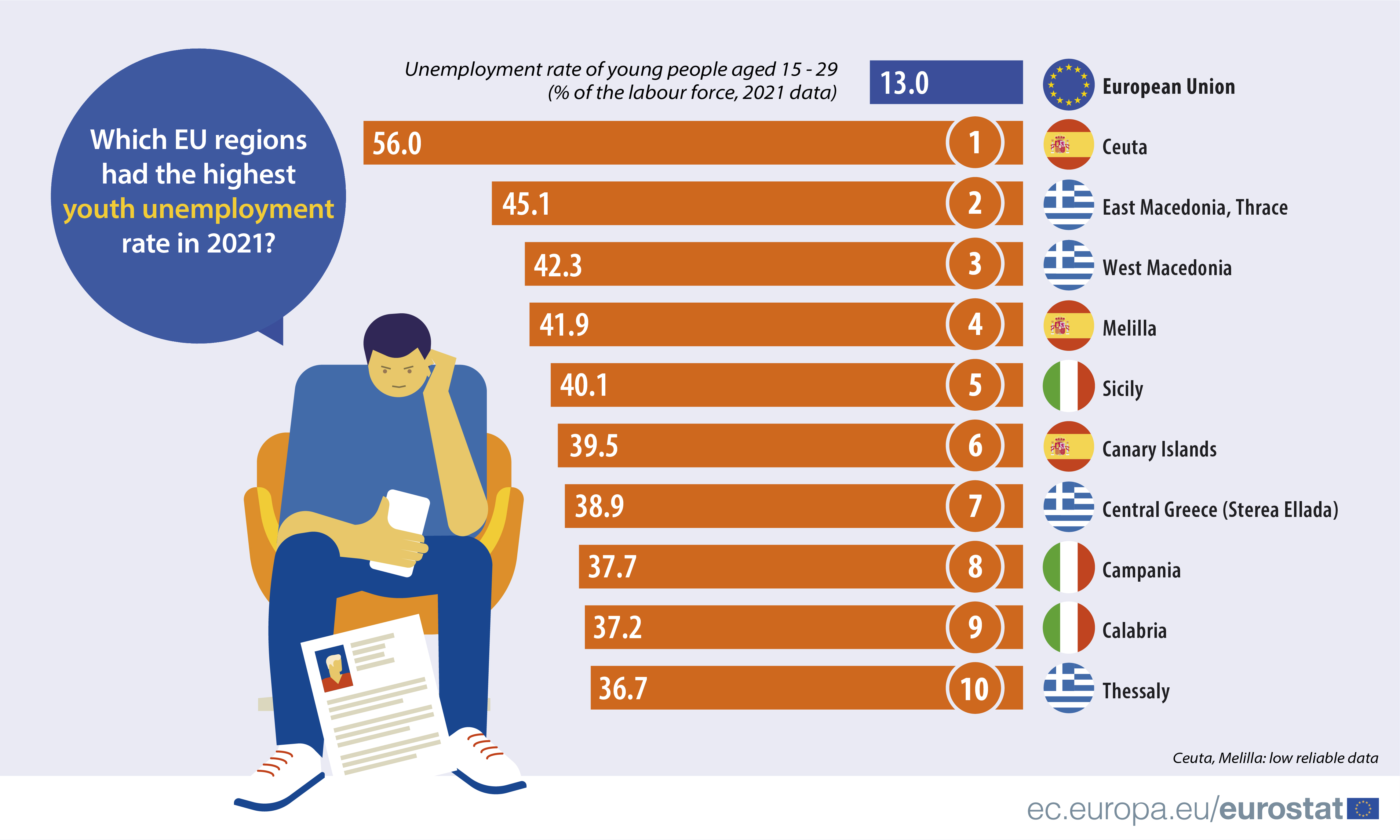 We use cookies to improve your experience. If you continue, we consider that you accept the use of cookies